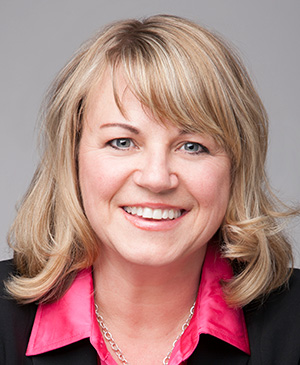 The Work Has Just Begun

As the president of the Bellingham City Council and an active member of her community, Pinky Vargas has long focused on a variety of issues that she believes will help her community grow, including housing, education, jobs -- and the benefits of the cannabis industry.

Passing 502 and legalizing retail cannabis in Washington State was simply the first step in establishing common-sense regulation and policies that would address a myriad of issues.

Over the past few years, advocates such as Ms. Vargas have focused their work on ensuring that the nascent industry develops in a way that helps everyone.

To highlight the importance of continued advocacy within the industry, we spoke with Pinky about her experiences, where she sees Washington State's cannabis industry heading in the future, and her tips on how others can join her in advocating for the industry.

Tell us about how you first got involved with advocating for the cannabis industry.

The first time I was approached by anyone in the cannabis industry for support, a professional business woman whom I respect referred me to Danielle Rosellison, who is co-owner of Trailblazin' Productions and President of The Cannabis Alliance. My colleague said, "Can you talk to this really great woman that I know who is trying to get involved in the cannabis industry and she is having an issue with permits?"

I will tell you that I was reluctant because I knew it was a topic that was controversial and I was trying to build credibility. Then I met with Danielle and saw this woman who was very professional, had done the right things and was suffering from discrimination. I think it is important for me to be involved in social justice. And I looked at it in so many ways and realized: She is being discriminated against, this is totally a social justice issue.

Personally, I realized what was happening to her was wrong. It didn't matter that this was about cannabis. It mattered that this was a social justice issue, which cannabis really is, particularly on the medical side.

I have always believed that cannabis should be a right for everyone, that it shouldn't be illegal, that that was an imbalance in our criminal justice system and that it was fabricated and shouldn't exist. So I have always been supportive of the change to legalize cannabis.

What would you say to someone who believes that, since cannabis is legal in Washington State, there's nothing else to fight for?

I would say that things have just begun; we can't stop now.

We started with heavy regulation and some of that is just not necessary, so now is the time to put things in place that make more sense.

I see that people in the cannabis industry are starting to lose their businesses because of so many regulations and so much unpredictability. I think now is a really important time to be active and look at the things that could make this industry much stronger economically and make it easier for people in the cannabis industry to operate, to have less overhead, to have less unnecessary regulation. Some of it is important, but not all of it.

A few of the changes I think would be a good idea include removing the excise tax for patients, looking at how we can establish farm-to-market sales, and increasing funding to the Liquor and Cannabis Board to better train people to work in the cannabis industry. And we need to see that cannabis is deemed as certified agriculture. Those are the key things that we must do for the success of the cannabis industry in the state of Washington.

What are some tips you can share with others who want to be more proactive in their advocacy?

The biggest influence people have is having relationships with other people who make those decisions. Because you can't advocate for something if you don't understand it and if you don't know it.

If you don't have a relationship with your elected officials and they don't understand what it's really like for people in the cannabis industry. They have to understand the real stories.

Want more ideas on how you can engage in proactive advocacy and help shape the future of cannabis in Washington State? Join The Cannabis Alliance for one of their monthly meetings to learn more!